What is the birthstone for your month? Check the list below to learn the meanings and history of each monthly birthstone.

WHERE DO THE BIRTHSTONES COME FROM? 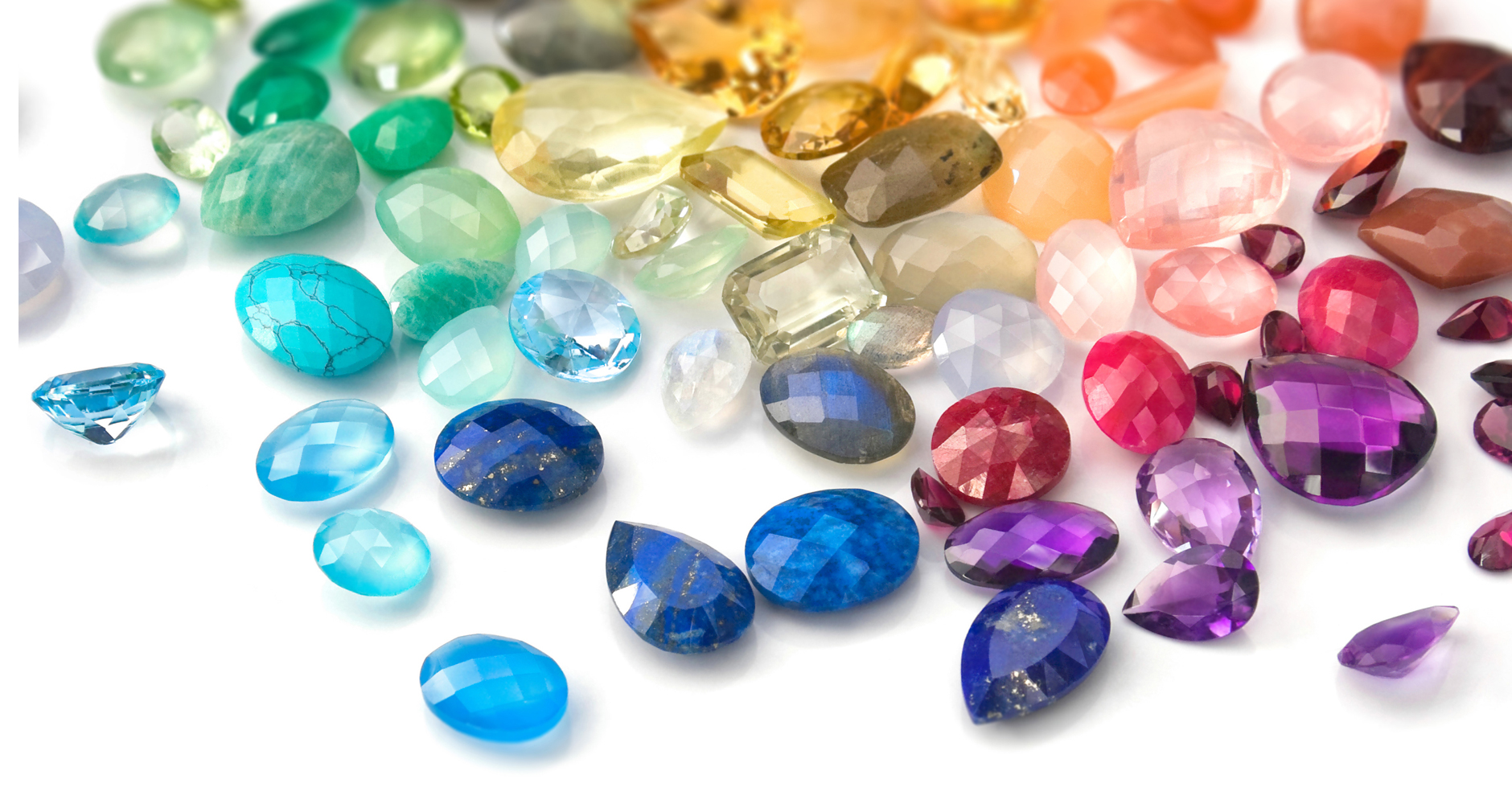 The birthstones we associate with certain months now are not necessarily the same ones as those used centuries ago. Originally, they related to the 12 gemstones appearing on the breastplate of the High Priest of the Isrealites described in the Book of Exodus.
The color was once the most important feature of a stone, which meant that there was no significant difference in meaning between a ruby and a garnet, for example.
The names used in the past may not relate to the stone we think of with that name today, too:

• Diamonds were most likely white sapphire or white topaz.

The wearing of birthstones is thought to bring good luck, good health, and protection. Astrologers long ago attributed supernatural powers to certain gemstones.

The January birthstone, garnet, is thought to keep the wearer safe during travel. The word “garnet” is derived from a term that means “seed,” because the gem resembles the color and shape of a pomegranate seed.

The February birthstone, amethyst, is said to strengthen relationships and give its wearer courage. At one time, only royalty could wear the gem. Ancient Greeks thought that the amethyst guarded against intoxication. In fact, “amethyst” comes from amethystos, a Greek word meaning “sober.”

The March birthstone, aquamarine, was thought to cure heart, liver, and stomach diseases—all one had to do was drink the water in which the gem had been soaking. Early sailors believed that aquamarine talismans, etched with the likeness of the sea god Neptune, protected them against ocean dangers.

The April birthstone, diamond, in addition to being a symbol of everlasting love, was once thought to bring courage. In Sanskrit, the diamond is called vajra, which also means lightning; in Hindu mythology, vajra was the weapon of Indra, the king of gods.

The May birthstone, emerald, was one of Cleopatra’s favorite gems. It has long been associated with fertility, rebirth, and love. Ancient Romans went so far as to dedicate this stone to Venus, the goddess of love and beauty. Today, it is thought that emeralds signify wisdom, growth, and patience.

The June birthstone, pearl, has long been a symbol of purity. The ancient Greeks believed that pearls were the hardened tears of joy from Aphrodite, the goddess of love.

The July birthstone, ruby, was regarded by ancient Hindus as the “king of gems.” It was believed to protect its wearer from evil. Today, the ruby’s deep-red color signifies love and passion.

The August birthstone, peridot, symbolizes strength. It is sometimes called the “evening emerald” for its light green color. It was once believed that the green peridot crystals found in volcanic ashes were the tears of the volcano goddess, Pele. When set in gold, this gem was said to protect the wearer from nightmares.

The September birthstone, sapphire, was once thought to guard against evil and poisoning. It was believed that a venomous snake would die if placed in a vessel made of sapphire. Traditionally a favorite stone of priests and kings, the sapphire symbolizes purity and wisdom.

The October birthstone, opal, symbolizes faithfulness and confidence. The word comes from the Latin opalus, meaning “precious jewel.” Necklaces with opals set in them were worn to repel evil and to protect eyesight.

The November birthstone, topaz, symbolizes love and affection. It is believed to give the wearer increased strength and intellect.

The December birthstone, turquoise, is regarded as a love charm. It is also a symbol of good fortune and success, and it is believed to relax the mind and to protect its wearer from harm. Turquoise rings, in particular, are thought to keep away evil spirits.